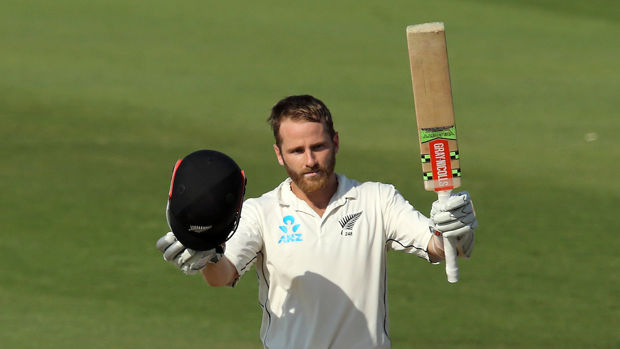 Three Kiwis have been named to the International Cricket Council's test XI of the year after the Black Caps' impressive run of four successive series wins.

Captain Kane Williamson was joined by 'debutants' Tom Latham and Henry Nicholls in the team selected by an international panel of commentators and cricket writers.

India's Virat Kohli, the leading run-scorer in Tests in 2018, was named captain of the ICC Test Team of the Year, which also comprised three players from India, and one player each from Sri Lanka, the Windies, South Africa, Australia and Pakistan.

Williamson was also recognised with the Spirit of Cricket award on behalf of the Black Caps. The ICC described Williamson as "a shining role model of how our game should be played, his behaviour setting an outstanding example on and off the field."

Of all 12 Test-playing nations, New Zealand finished with the highest win-loss ratio of 4.00.

Inform batsman Ross Taylor missed out on the test side but was named in the one-day international lineup, the sole New Zealander included in that XI.

Here is what the ICC said about each of the Black Caps.

Tom Latham (New Zealand)
It was a year to remember for the New Zealand opening batsman – he accumulated 658 runs (his joint-highest in a calendar year) from seven Tests with two centuries and two half-centuries, including a career-best 264* in the first Test against Sri Lanka in December.

This was also the highest score by a Test batsman while carrying his bat, and the highest individual score by any batsman in Tests in 2018.

But Latham wasn't done, not yet. He followed it up with a magnificent 176 in the second innings of the second Test against Sri Lanka, setting up a record 423-run win and a 1-0 series win.

Kane Williamson
The New Zealand captain led the side to a historic 2-1 series win against Pakistan in the United Arab Emirates, where his knocks of 89 and 139 in the decider in Abu Dhabi helped conjure a miraculous victory after having conceded a first-innings lead of 74 runs.

Williamson's year began with a century, a 102 against England in March 2018, and although he had one half-century in six innings between that century and the Abu Dhabi Test, the year ended on a good note with a 91 in Wellington and a 48 in Christchurch against Sri Lanka.

Henry Nicholls
There have been many heroes of New Zealand's successful run in Tests, and one of them has been Nicholls, who accumulated 658 runs from seven Tests at 73.11 with three centuries and three half-centuries.

These runs included a match-winning 126* in Abu Dhabi in the third Test against Pakistan where he, along with Williamson, countered a first-innings deficit to win New Zealand the series.

An unbeaten 162 against Sri Lanka in the Boxing Day Test helped him end the year on a high after he had begun it on a similar note with a 145* against England in March 2018.