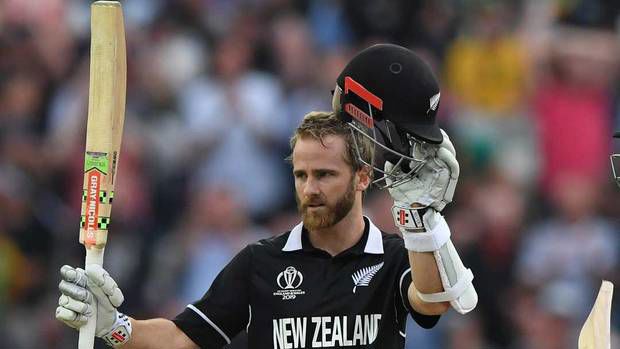 "It's do or die," exclaimed South Africa ahead of their Cricket World Cup showdown with New Zealand.

Kane Williamson decided it was time to play executioner.

Their bowlers dug the grave, Colin de Grandhomme filled it in, and, despite a desperate South African attempt at resurrection, Williamson marked the tombstone.

Like their own personal World Cup grim reaper, New Zealand struck to claim their fifth straight World Cup win over South Africa, and their third in heartbreaking fashion.

Out from under the radar they loomed, cast in black, Williamson – with his maiden World Cup century - clutching the scythe that would ultimately deliver the killer blow.

In good health though, despite a brief scare, are New Zealand's Cup hopes.

Back at the top of the World Cup ladder, the Black Caps remain unbeaten, and likely require just one more win from their last four games to be assured of a semifinal berth.

Even given South Africa's struggles, this was their toughest test yet, and while their passing grade hardly featured flying colours, New Zealand did enough to dramatically hunt down South Africa's 241-6, with four wickets and three balls to spare, Williamson finishing unbeaten on 106, and fittingly hitting the winning runs.

Reminiscent of his heroics against Australia at the 2015 World Cup, it was a throwback ending to a throwback game.

South Africa's innings seemed like a relic at times, with their top order taking a conservative approach, and the consolidation period seemingly lasting for the majority of the innings.

Back-to-back maidens from Matt Henry in his opening spell gave a taste of what was to come, with de Grandhomme and Mitchell Santner combining to tie down the South African top order on a slow wicket that produced plenty of mistimed shots.

South Africa had adjudicated that 250-260 would be a good score, but even with that in mind, their batting was remarkably conservative. 20 balls were left alone in the opening powerplay alone – the most of the World Cup – with Hashim Amla the guiltiest, taking 83 balls for 55 in the third-slowest half-century of his career.

It took the Proteas 13 overs to reach 50, 26 to reach 100, and 41 overs for the six to be smacked, as South Africa had two barren spells, going 47 balls without a boundary, and then a further 59 deliveries without finding the rope, from the 32nd to the 42nd over.

The approach led them to some handy partnerships, but hardly in quick time, and whenever acceleration looked likely, the New Zealand bowlers shone. Lockie Ferguson produced a superb piece of fast bowling – teeing up Faf du Plessis with a 149km/h bouncer, before yorking him with a 148km/h beauty. Beforehand, Trent Boult had removed Quinton de Kock's leg stump, and later on, Santner ended Amla's resistance with a delicious off-spinner which pitched on middle stump, and turned to remove off stump.

All throughout, de Grandhomme (1-34 from 10) was restricting the runs, and when he picked up the wicket of Aiden Markram, South Africa's innings needed some salvaging.

Come on down Rassie van der Dussen, whose unbeaten 67 from 64 balls and was the anchor around which his side added 72 from last 10 overs, eking out a total of 241-6.

It turned out to be a rather competitive total, especially when New Zealand collapsed from 72-1 to 80-4 in 20 disastrous balls.

First, Martin Guptill trod on his stumps in a freak dismissal, becoming the first New Zealander out hit wicket in a World Cup as he slipped while hooking. Ross Taylor's departure was more routine but just as frustrating, being caught down the legside off Chris Morris, before Morris continued a scorching spell by removing Tom Latham with a peach of a delivery that clipped the edge on the way through to wicketkeeper de Kock.

That left a lot to do for Kane Williamson and Jimmy Neesham, and while they added 57, Morris' return needed just two balls to break the partnership – Neesham slashing a delivery to slip.

Williamson stuck to the graft, and a serious graft it was. His 106 took 138 balls – by no means classic Williamson as edges flew past the stumps, some ungainly swipes were attempted and fielders picked out with regularity.

He avoided one run out scare, was dropped off a no-ball, and looked to have bottom edged Imran Tahir's final ball through to de Kock, only for Tahir to be the only one appealing, and the umpire unmoved.

It was scratchy at times, but ultimately oh so important, and at the other end, de Grandhomme – enjoying his finest day in a Black Caps uniform – unleashed with 60 off 47 balls, as the pair combined for a pivotal 91 run stand.

De Grandhomme holed out in the deep with 14 still required off 11 balls, an equation that reduced to 12 from seven, before Williamson produced the most audacious of purposeful dabs through the slips for four.

Needing eight from the final over, Andile Phehlukwayo charged in – and after Mitch Santner put him on strike, Williamson deposited him over the mid-wicket boundary, bringing up his century in sensational scenes.

One more run was still required, and for the third time in three tournaments, it was the Black Cap who produced the killer blow.