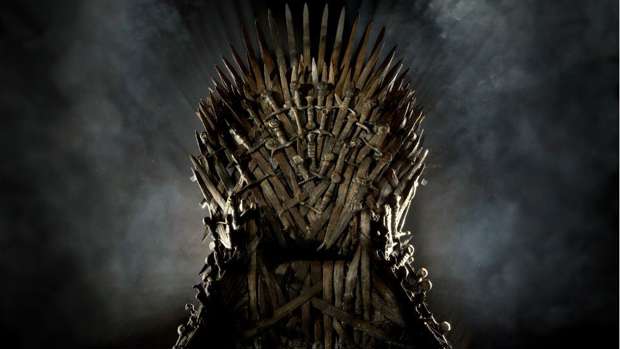 HBO are reportedly close to ordering a pilot from author George R.R. Martin and Colony co-creator and executive producer Ryan Condal, which would be set 300 years before the events featured in the fantasy drama - which came to an end after eight seasons earlier this year - and would follow the beginning of the end for House Tagaryen.

According to Deadline, the project is based on the writer's 'Fire & Blood' novel and has been in the works with the network for almost a year.

The idea for the show was one of the five 'Game of Thrones' spin-off scripts commissioned by HBO in 2017 but is a new take on one of the ideas pitched by Brian Cogman, who confirmed in April that his suggestion wouldn't be going ahead.

Martin hinted at the project in May.

He wrote on his blog: "We have had five different Game of Thrones successor shows in development at HBO, and three of them are still moving forward nicely...

"Two other shows remain in the script stage, but are edging closer. What are they about? I cannot say. But maybe some of you should pick up a copy of 'Fire & Blood' and come up with your own theories."

'Fire & Blood' begins with the tale of Aegon the Conqueror, who created the Iron Throne and explores the subsequent generations of rulers, right up until the Dance of the Dragons civil war, which is expected to be a "significant" part of the new TV series.

A pilot has already been shot for another 'GoT' prequel, which is believed to be called 'Bloodmoon' and will star the likes of Naomi Watts, Jamie Campbell Bower, Josh Whitehouse and Denise Gough.

The saga - which is under the helm of Jane Goldman - will be set more than five thousand years before the events of the main series, following the story of the Children Of The Forest.

A source recently said the show promises to reveal the "horrifying secrets of Westeros's history to the true origin of the White Walkers".