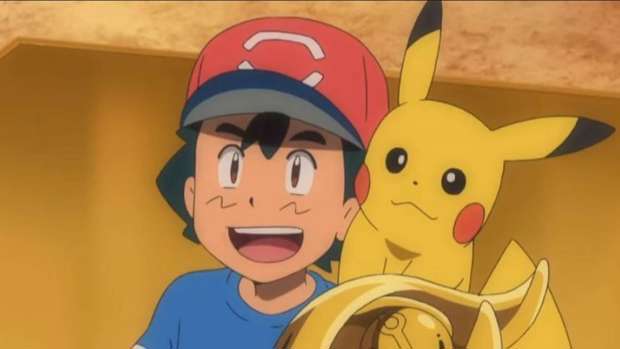 Ash Ketchum is finally the very best like no one ever was.

The main character from the popular anime Pokémon, has finally become a Pokémon Master after 22 years on the show.

After kicking off his journey to becoming one of the best Pokémon trainers way back in 1997, Ash has won the Regional Pokémon League in the Pokémon Sun & Moon run of the anime series.

This is the first time he's won the main tournament in the anime, with the latest episode aired in Japan seeing Ash triumph over Gladion to win the Alola Region Pokémon League.

It only took him 1000 episodes and 22 feature films to catch the Pokémon he needed to battle other trainers to reach the top.

To become a Pokémon Master, trainers must win the Pokémon League, which is a tournament against the toughest competition in their region.

After losing six previous battles, Ash has finally become a Pokémon Master as he took out his first championship in the Alola region against a rival trainer named Gladion. (Not counting his victory in the Orange Islands League.)

After the episode aired, fans took to social media to share their disbelief.

"Well damn... The kid finally did it," one person on Twitter wrote.

Another said: "It took Ash Ketchum 20 years and countless series to win the Pokémon league but he finally did it. Never stop chasing your dreams! Never give up! Anything is posssiiiiible!!!!".

Veronica Taylor, who voiced the original English version of Ash in the anime's first eight seasons, wrote a commemorative post. She also shared a video of Ash voicing his character.