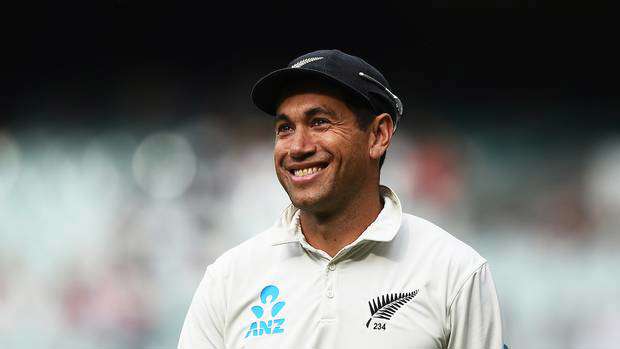 In a career laden with records, Ross Taylor has just claimed the most significant of them all - but he would have preferred it to have arrived in much rosier circumstances.

Taylor has become New Zealand's all-time leading test runscorer, moving past Stephen Fleming when he reached 21 in the Black Caps' second innings against Australia at the SCG.

The 35-year-old reached the milestone in his 99th match and 175th innings, and brought it up by hitting Nathan Lyon over mid-on for three.

However, he brought up the record with his side in a remarkably grim position - sitting at 35-4 in their chase of 416 for victory, and heading towards another heavy defeat, and was out three balls later, bowled by a superb delivery by Pat Cummins.

While Taylor has struggled this series - he could have brought up the milestone in Melbourne, but compiled only six runs - he is still New Zealand's second-top runscorer on the tour, and his career record is unquestionable.

Taylor has recorded 19 test centuries in his career – the second most by a New Zealander – and has an average over 46, also the second highest amongst New Zealanders with more than 1000 test runs.

In February, Taylor also moved past Fleming for the most ODI runs by a New Zealand, and has the most runs in all international formats for New Zealand, passing 17,250 international runs in this innings, which includes 39 centuries and 88 half-centuries.

He has also played 474 innings in all international formats, tying Brendon McCullum for the most international innings by a New Zealander.

278 NZ Test Match cricketers. @RossLTaylor You deserve to sit at the top of the mountain. Your place in NZ cricketing greatness is assured. Congrats on an amazing achievement mate. pic.twitter.com/AFcIZM1kZX

Congratulations @RossLTaylor on your achievement today. It’s been a tough series but you should be very proud of a wonderful career to date. Take a breath and enjoy a nice red to celebrate when the time is right. Well done mate.

Taylor turns 36 in March, but speaking when he claimed the ODI runs record earlier this year, he said retirement is still ideally a few years away.

"You've got to be smarter in the way you go about your training. You've just got to be a lot more disciplined, and you've got to enjoy yourself as well.

"You've always got to think about retirement after cricket, and trying to sort yourself out there. You've still got to earn the right to play for the team and be good enough, but as I stand now, I'm still enjoying my cricket and hopefully I've still got a couple of years left in me."