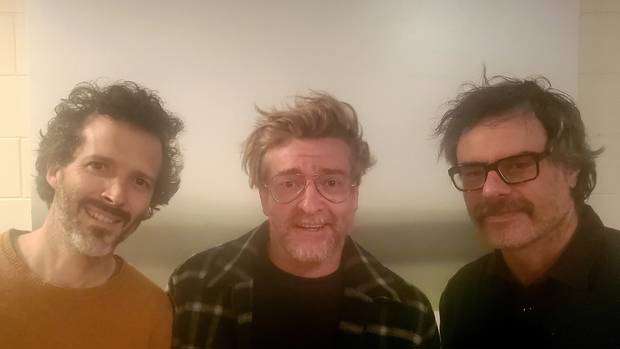 Eleven years after their hit show ended, the stars of Flight of the Conchords have reunited in Wellington in order to spread some "cheer" to fans all over the globe.

Rhys Darby shared an image of himself and the band, comprised of Bret McKenzie and Jemaine Clement, on his Facebook page this morning.

The actor revealed that the trio got together in Wellington to catch up.

The post read: "We caught up the other night in Wellington. I thought I'd post this because it might just cheer up anyone out there who needs it!

Another added that the reunion "definitely made me smile".

A seasoned fan added that the trio looked like they'd "just been at a dads' convention... and I love it".

Clement and McKenzie made two seasons of the show between 2007 and 2008, scoring rave reviews. The show also started Darby as the band's iconic manager Murray.

McKenzie went on to win an Academy Award for the hit song Man or Muppet in the Muppets movie and continues to work as a writer and musician.

Darby now lives in Hollywood where he works as an actor on films such as smash hit Jumanji, where he starred alongside the Rock and Kevin Hart.

Clements also starred alongside the Rock in the movie Moana and is currently working as a writer, director and musician.

Flight of the Conchords also won a Grammy for Best Comedy Duo in 2008.

Fingers crossed their Welly reunion means we will be seeing more of this trio on our screens soon.