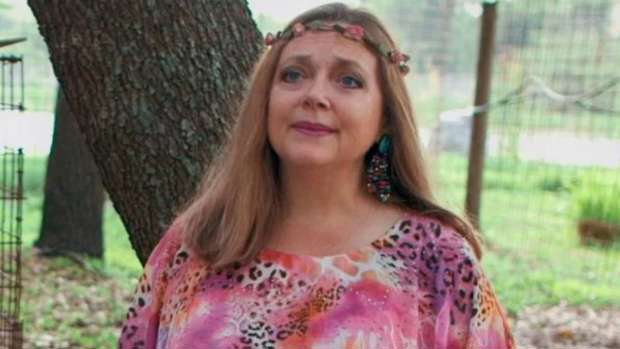 Tiger King star Carole Baskin's dead husband was strangled and thrown out of a plane, according to his lawyer.

Joseph Fritz, lawyer for the late Don Lewis, made the claim during an interview on new series A Tiger King Investigation where he alleged that foul play was behind his client's mysterious disappearance 23 years ago.

"There's no question but that he was murdered," Fritz said. "What I had heard was that he was strangled from the back seat of an aeroplane over the Gulf [of Mexico] at 50 feet and dropped out over the Gulf."

Fritz claimed that Lewis' love for his exotic big cats would prevent him from staging a disappearance.

"He loved those cats. He never would have just walked away from them. Ever," Fritz said. "He was proud of those cats. He loved his cats. Some force made him leave."

In the show Baskin recounts meeting Lewis in 1980 and how he left his wife for her. Together they opened an exotic animal park in Florida.

In 1997 Baskin reported him missing after his car was found in an airport parking lot, with Baskin telling the police that he had been planning to go to their home in Costa Rica.

Fritz claims that when Lewis was later declared legally dead Baskin inherited between $5 to $10 million.

Baskin has claimed that before her husband disappeared he had been showing signs of "mental deterioration". She has since remarried to Howard Baskin and the pair are shown running animal park Big Cat Rescue in the Tiger King series.