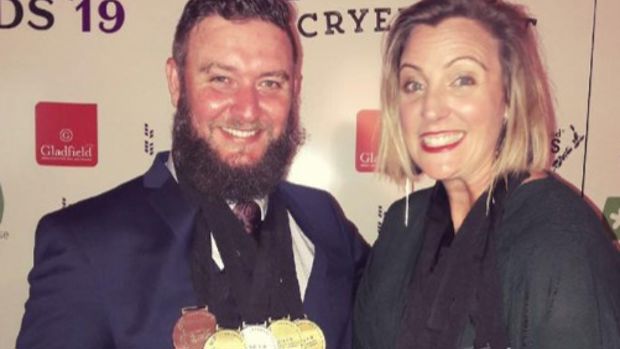 Liberty Brewing Company has capped its tenth birthday by being judged New Zealand’s best brewery at the Brewers Guild of New Zealand Awards on Saturday night.

The result comes on the back of one of the most dominant performances in awards history, with nearly half of its entries winning gold medals and the brewery taking home five trophies.

Liberty Brewing’s win was bookmarked by the New Zealand Style trophy for Halo Pilsner and the International Pale Ale trophy for Yakima Monster.

Both those beers won gold medals along with Oh Brother, Hoptical Illusion, Knife Party and the 2018 vintage of cult favourite Prohibition Porter, a porter aged in bourbon barrels.

Silver medals were given to Divine Wind, Uprising, C!tra, the 2017 vintage of Prohibition Porter and Liberator, which was brewed to celebrate the brewery’s 10th birthday. Jungle Juice, Darkest Days and Liberty Cider rounded out the haul with bronze medals.

Liberty Brewing also won the trophy for best packaging for a rebrand of the entire range, carried out by Wellington creative consultancy Doublefish. Drinkers will see the new branding hitting shelves in coming weeks.

Founded by Joe and Christina Wood in 2009, Liberty Brewing started life as a way for the pair to promote their homebrew supplies business.

Demand quickly outgrew the small brewery nestled in the garage of the Woods’ Taranaki property, leading them to briefly team up with Kumeu’s Hallertau Brewery before they moved into their own purpose-built brewhouse in their hometown of Helensville.

“It has been 10 long years of slog, from our garage back to my hometown Helsnville,” Christna says.

The Woods put the success down to the hard work of their small team, made of just five other staff including Christina’s father.

“We are very small, but we are mighty,” Christina says.

Joe says they have chipped away for 10 years through both highs and lows to get Liberty Brewing to where it is now.

“This is a dream come true.”