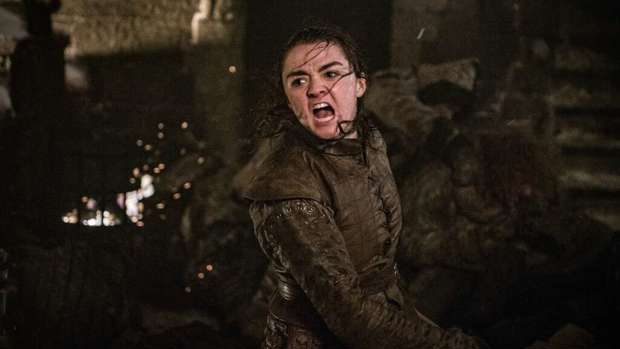 Maisie Williams says cost issues and time constraints made it impossible to shoot alternate endings to 'Game of Thrones'.

The 22-year-old actress - who starred as Arya Stark in the HBO series - has rubbished suggestions that alternate endings were shot for the final season for the fantasy series, joking that the show's creators were busy spending "all the money on dragons".

Asked about the rumours surrounding the final season, Maisie told Metro.co.uk: "We didn't [film an alternate ending]. It costs so much money and the schedule was way too tight. We were spending all the money on dragons."

Maisie is aware of the negativity surrounding the ending to 'Game of Thrones', which ran from 2011 until last year.

And the actress - who starred alongside the likes of Emilia Clarke, Kit Harington and Sophie Turner - thinks fans are simply fascinated by the idea of there being an alternate ending to the hit series.

Meanwhile, Lena Headey previously confessed the ending of 'Game of Thrones' made her feel "emotional".

The 45-year-old actress - who starred as Cersei Lannister on the drama series - revealed she was overcome with emotion during her last days on the set of the award-winning show.

Lena - who made her 'Game of Thrones' debut back in 2011 - said: "I knew that David [Benioff] and Dan [Weiss], our creators, were doing speeches and giving everybody these drawings of the storyboards.

"And I suddenly got really emotional at the end and tried to head down the stairs. They all rushed up and trapped me. And then they gave the speech, and it was really moving."