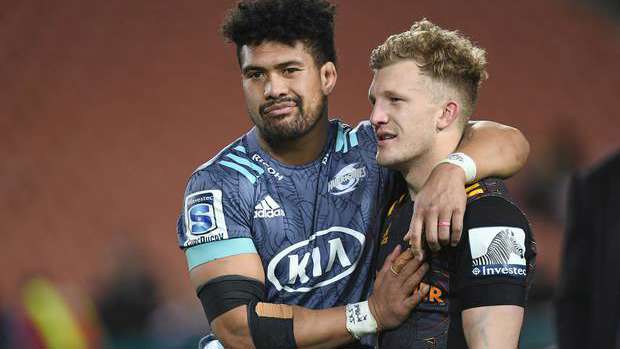 Rugby's 'Aratipu' review wants Super Rugby scrapped in favour of a transtasman competition, according to a report.

The new competition would also include "a team from the Pacific", while SANZAAR – the southern hemisphere's governing body at the moment – would be left to run the Rugby Championship involving the test teams, Mediaworks reports.

Super Rugby was to have proceeded with teams from New Zealand, Australia, South Africa and Argentina, following the axing of Japan's Sunwolves from 2021.

But Mediaworks says sources have revealed "SANZAAR's days of running the (Super Rugby) competition appear to be over from next year".

"Southern hemisphere rugby's united front could soon be over," it stated.

New Zealand Rugby announced in April that it would expand an existing review into Super Rugby.

Named Aratipu, and chaired by Don Mackinnon from the Blues, it appeared to signal that some radical changes may be on the horizon.

Aratipu also wants any new competition to feed into a bigger international tournament, the report claims. That might involve the winners going into playoffs against the champions from other countries.

"As long as it keeps the qualities that are making this competition really successful," Blues coach Leon Macdonald was quoted as saying.

Meanwhile, Sanzaar boss Andy Marinos remains optimistic about playing the Rugby Championship later this year and that a full Super Rugby competition will continue as normal next year.

"We remain very positive about that," Marinos told Stuff. "Obviously the biggest elephant ... in the room is what sort of restrictions that could come in.

"But we are certainly very positive as a group to deliver a Rugby Championship this year in whichever market we can, where we can get all the teams in and get the competition underway.

"At this stage we are looking at the back-end of October, into November and probably early December."

Marinos added that a "bubble" arrangement, where the teams would be based in one country after they met quarantine requirements, was a possibility although nothing had been decided yet.

Marinos said Sanzaar is also planning on continuing the usual cross-border Super Rugby competition next year, despite Kiwi and Aussie officials suggesting only a transtasman season would be possible.

"Sanzaar, as a joint venture, remain committed to working together," he said.

"Whilst we appreciate coming out of 2020 is going to be slightly different, we are busy working through those permutations."