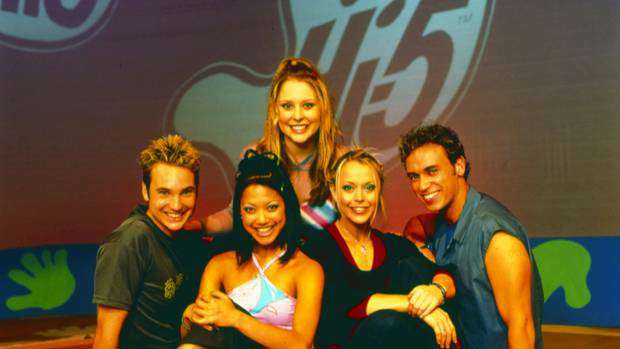 An original member of the Hi-5 cast has teased that the group could be reuniting for a special performance.

The popular Australian children's show ran from 1999-2011 and captured the heart of many Kiwi children.

He teased that the cast are putting together a reunion show for fans.

WHO WANTS THE ORIGINAL HI-5 TO DO A SPECIAL 18+ REUNION CONCERT? IF YOU THINK WE SHOULD? THEN LET US KNOW IF YOU’LL BE THERE. 👋🏼😎 This post can be your petition. 😂😂😂#oldpic #originalhi-5 #reunion #love #fans #hi-5 #instapic #instagood #instalike #picoftheday #pictureoftheday #instagram

A revived version of the series aired in 2017.

While a reunion show is yet to be confirmed, fans can show their Hi-5 love on the Instagram post.

Foley said in the comments he is "working on getting the show up and running."

Some fans asked why the show was restricted just over 18 year-olds.

On person commented: "Why 18+ like you got audiences a little younger u aren't that old mate (sic)."

Foley hit back at the criticism and replied: "Judging from when we started back in 1998, the demographic is leaving (sic) more to 18+.

"It's not set in stone yet. 18+ also depends on what kind of material we use in the show."