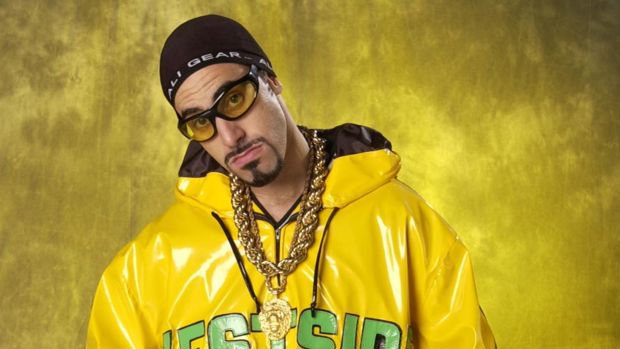 Sacha Baron Cohen announced 14 years ago that he was retiring the 'Voice of Da Yoof' but has subsequently made brief appearances as the character and in June, it was rumoured he'd performed a secret set as his alter ego at The Comedy Store in Sydney.

And Sacha has now confirmed the speculation is true and it was "good fun" to be back on stage.

Asked if the rumour was correct, he told the new issue of Britain's GQ magazine: “Yes. I just wanted to get on stage and muck around and see what Ali G would be like with a crowd. It was really good fun.”

And asked if he'll do it again, he added: “Yes, I think I would. Because the reason I became a comedian was that I loved people laughing at my jokes. To actually hear laughter is a rare thing for me. When I do the movies, I think it is funny, but I have to wait three months to hear an audience laugh.”

Sacha - who scooped the Icon accolade at last week's GQ Men Of The Year Awards in association with BOSS - admitted he is keen to give up his "undercover" comedy after receiving death threats because of his work on projects such as the 'Who Is America?' TV series and the 'Borat' movies and would rather focus on straight acting or stand-up gigs.

He said: "I mean, listen, the idea, really, is to give up all my undercover work now. I’d far prefer to work with [Aaron] Sorkin or people like Martin Scorsese or Adam McKay.

"It is a lot easier, more pleasurable and you don’t have to wear a bulletproof vest when going to work.”

Asked if the reduced risk is one reason why he wants to do stand-up comedy as Ali G, he confirmed: “Yes, exactly.”

This article was first published on BANG! Showbiz and is republished here with permission