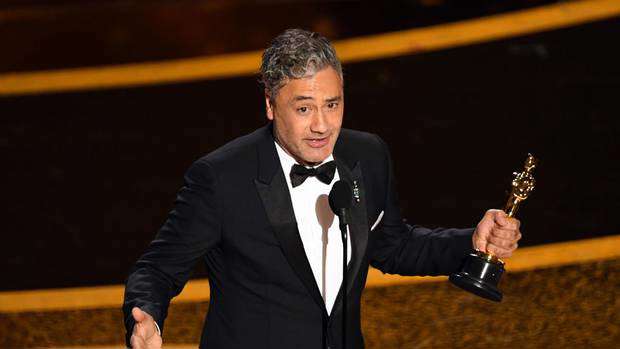 During his acceptance speech Waititi thanks his mother before admitting he had lost her in the auditorium, "hours ago".

"Thank you for being my mother and for giving me the book that i adapted," he said. "This film wouldn't have existed without you doing that."

He also dedicated his award to "indigenous kids" all over the world, who he hopes to inspire with his creative endeavours and success.

"I dedicate this to all the indigenous kids in the world who want to do art and dance and write stories, we are the original storytellers and we can make it here, as well," he said.

Taika Waititi has made history as the first Maori Academy Award winner.