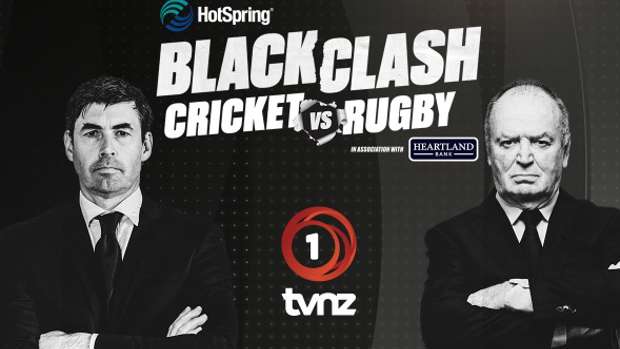 Radio Hauraki's Alternative Commentary Collective will make a much-anticipated return to the Hot Spring Spas T20 Napier Black Clash in association with Heartland Bank. Named as the official commentary team, the guys will be back when the blockbuster summer showdown is broadcast live on TVNZ 1.

1 News’ Scotty Stevenson will be hosting the match and reporting on the sideline at McLean Park for pitch interviews with the nation’s biggest sporting superstars.

The inaugural event smashed it out of the park, reaching over 1 million New Zealanders on TVNZ 1 in 2019, making it one of the best and most watched sporting events of the summer. Kiwi audiences were enthralled by the entertaining and thrilling contest, and the 2020 clash promises another epic event.

Will Team Rugby take the glory again or will Team Cricket come back with a vengeance to take back what they think is theirs?

Get your Black Clash tickets HERE - Right now if you buy an adult ticket you get a kids ticket free!