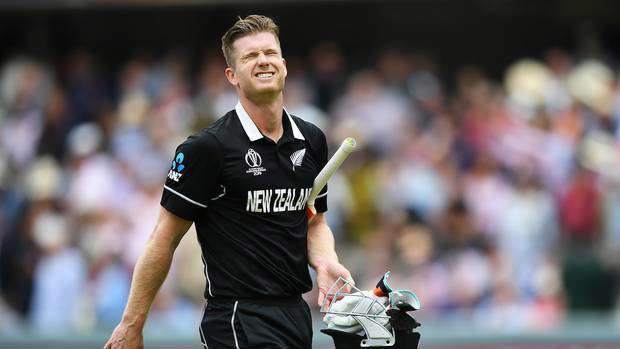 Black Caps all-rounder Jimmy Neesham has shared his thoughts on social media after the ICC are scrapping the boundary countback rule — which cost the New Zealand team a World Cup final win.

Yesterday, the ICC announced the new ruling, confirming super overs will now be repeated until one team has more runs than the other. This will come into effect in the semifinals and finals of all ICC events.

The ICC has made the change on the basis of recommendations from its myriad committees after the Black Caps lost the World Cup final to England by zero runs at Lord's in July.

England won because they had scored 26 boundaries to New Zealand's 17.

After the ICC's decision was announced, Neesham shared a tweet on social media.

Next on the agenda: Better binoculars for the Ice spotters on the Titanic https://t.co/nwUp4Ks3Mp

In July's World Cup final, both sides scored 241 from their 50 overs, meaning they had to bat again for six balls each.

England scored 15 in their super over. With two runs needed from their final ball to win, New Zealand batsman Martin Guptill scored one before being run out.