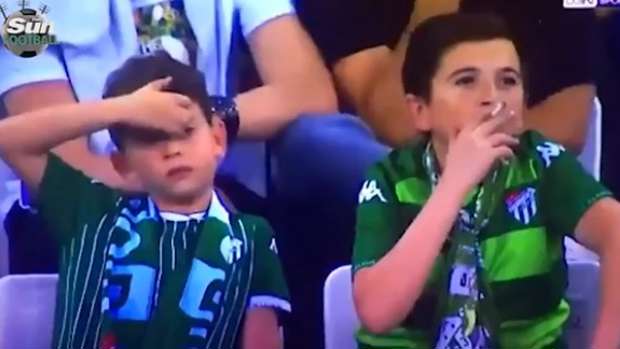 Sports fans are often entertained by the bizarre things unsuspecting spectators are caught doing in the stands during broadcasted games.

However, viewers were instead left shocked earlier this week by the illegal act of what looked to be a young boy smoking a cigarette in the stalls of a Turkish football match.

Donning a green Bursaspor scarf and shirt, the subject appeared completely unfazed as he casually inhaled from his cigarette.

As footage of the fan puffing away next to a child quickly went viral, it was labelled a moral calamity.

But in a shock twist, local media have since revealed he is actually a 36-year-old man and the youngster beside him was his son.

Although the footage turned out to be more innocuous than first feared, the man was still in breach of Turkish smoking regulations which stipulate 69 Turkish lira (NZ$25) fines for smoking in public places.