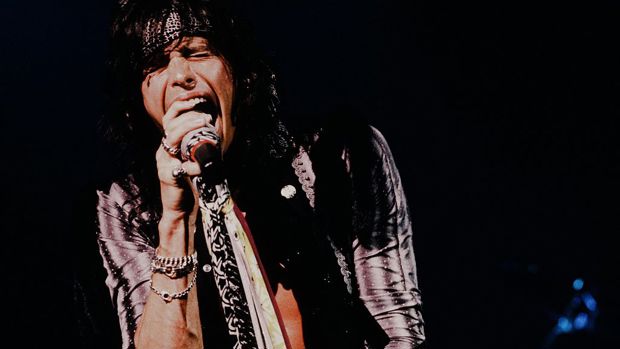 Steven Tyler spent "many years" feeling angry at his bandmates and management for forcing him to get sober.

The Aerosmith frontman now feels "grateful" that he was the subject of an intervention in the late 1980s as previous attempts to detox had failed but he was initially unimpressed that he had to undergo treatment while everyone around him had chance to take a break and relax.

He told Haute Living magazine: "There were no such things as rehabs; there were mental institutions. I went away in '84 and '86, and I didn't really get it.

"The early '80s were terrible, and drugs took us down. I was the first one to get treatment.

"There was a moment in '88 where management and the band pulled an intervention on me. They thought, 'Get the lead singer sober, and all our problems would be over.'

"So, I got sober, and you know it took me many years to get over the anger of them sending me to rehab while they went on vacation.

"But today because of that moment... I am grateful and owe a thanks to them for my sobriety."

The 71-year-old rocker is "beyond grateful" to have had the support of his bandmates, Joe Perry, Koey Kramer, Brad Whitford and Tom Hamilton around him, especially in the difficult times they have faced in their personal lives.

He said: "I stayed in this band because I know the power that Joe and I have from all the songs that we've written, or Brad and Tom and Joey...

"Joey has been here through thick and thin.

"I have had many times in my life where I just couldn't handle, whether it was a marriage or my addiction had reared its ugly head, and the rest of the guys in the band are not unlike that. But we have all seen each other through it, and we are here today.

"My whole life is dreams coming true. I am so beyond grateful for it all."