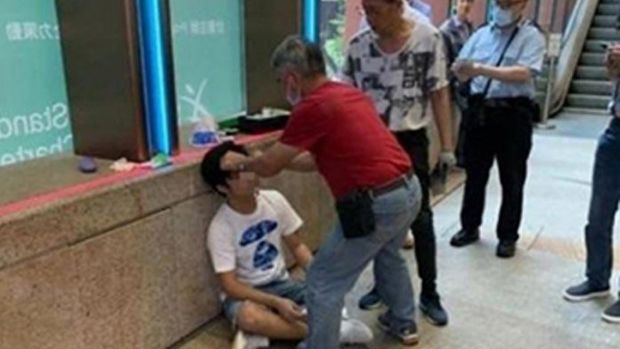 A mob of angry Marvel fans physically assaulted a man in Hong Kong after he yelled out major plot spoilers while they were waiting to see the new Avengers: Endgame film.

According to Deadline, the man - who has not been named - was leaving a previous showing of the superhero flick when he started spoiling the film for those waiting in line for the next showing.

The infuriated crowd lashed out, leaving the man bruised and bloodied.

A photo of the aftermath posted to Twitter shows a man in a white T-shirt leaning against a wall with blood trickling down the right side of his face.

NEW: Man beaten outside of theater for revealing end of "Avengers" moviehttps://t.co/HnbykdfpUS

Earlier, an open letter was shared on Instagram by Marvel Studios filmmakers Joe and Anthony Russo following a leak of footage and images from the film.

They wrote: ""Because so many of you have invested your time, your hearts, and your souls into these stories, we're once again asking for your help.

"When you see Endgame in the coming weeks, please don't spoil it for others, the same way you wouldn't want it spoiled for you."